As you may know, the Isle of Wight Council working with various partners, has for some months been developing a major scheme to improve Ryde Transport Interchange. The scheme seeks to provide better travel connectivity as well as a much-improved public space for residents and visitors.

Island Roads are keen to keep everyone informed about the progress of the scheme and this update will be the first of a series of updates we will issue throughout the works.

The project is primarily funded by a Government grant from the Transforming Cities Fund following a successful bid by the Isle of Wight Council, Portsmouth City Council and Hampshire County Council (together as South East Hampshire Rapid Transport) for £55.6m million. Around £10 million of this has been awarded for the Ryde Transport Interchange improvements.

The Esplanade transport hub will be reorganised to provide more landscaped pedestrian space reflecting the responses received to the public consultation last year and allowing buses to leave directly to George Street rather than having to turn at the Dover Street roundabout.

There will be a new dedicated cycle route and walkway through the Esplanade along with further sign posted links to and from Ladies Walk to the west and Puckpool to the east along with new street furniture and planting throughout the Esplanade area.

The project will also see a boardwalk to be built on the tramway pier by Wightlink scheduled to start later in the spring. The refurbishment of Esplanade Station will provide a direct connection from the concourse to the boardwalk, accessible public toilets and expanded retail / café units.  A planning application detailing the station refurbishment is anticipated in May with those works commencing in the autumn.

To minimise disruption the works will be delivered in a number of phases over 12 months taking into account the major events including the Isle of Wight Festival, Tour of Britain, Ryde Carnival and the Scooter Rally. Regular updates on scheme progress and significant changes to traffic management will be released throughout the project.

The first phase will begin on Monday 4 April with works to construct the new footway and cycle route improvements between the ‘Hovertravel’ footbridge and Dover Street, (including improved pedestrian crossing facilities at the Dover Street/Esplanade junctions).

The old toilet block and café will also be demolished, and temporary toilets provided within Western Gardens until new facilities are installed as part of the station refurbishment. This first phase should be completed by the end of July, with little impact on pedestrians or vehicles using the area.

In advance of these works commencing, a temporary work site compound will be established on the existing coach park area opposite the old ice rink, with coaches being advised to use the coach park next to Ryde Superbowl.

We will continue to keep you updated on this scheme and if you have any queries then please contact info@islandroads.com

We also have a webpage dedicated to the project which accessible via the homepage of www.Islandroads.com

END_OF_DOCUMENT_TOKEN_TO_BE_REPLACED 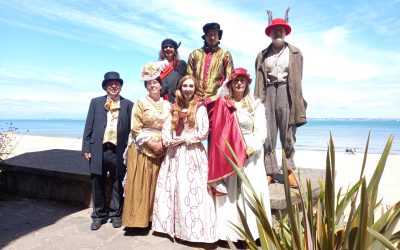 My next Ward meeting is Thursday 6th October 2022 at 7pm at St. John’s Church Hall, High Park Road, and please do try and come as there is much to discuss in the Ward. September 2022 Update West Acre Park – Although planning approval was given last year on...